The History Of The Slogan T-Shirt

Before the age of the internet, the Slogan T-shirt was one of the most important mediums for art and fashion to be combined to make a statement. We see all sorts of fashionably diverse slogan tees on the streets, which herald the arrival of personal style.

The T-shirts you choose to wear with slogans on them are a testament to your attitude, beliefs, and even your sense of humor. It is perhaps the type of clothing that most directly expresses the person's inner activity, whether it is an expression of emotion or self-reference.

The origin of Slogan T-Shirt

When was the first slogan tee created? There is no clear answer to this question. What is certain is that T-shirt designs featuring sports teams and student group logos and slogans were introduced in American universities as early as the 1940s and 1950s.

Another theory goes back to the 1960s, with some suggesting that it was a slogan-inspired T-shirt with a Disney character in a London shop called Mr. Freedom that really started the Slogan Tee.

In the 1960s, with the rise of pop culture, film studios and television production companies noticed the value of T-shirts with sayings in promoting films and television programs. They put the names of the film's characters and lines on their clothes and these t-shirts were a hit with young people. This made the slogan tee functional for the first time.

Another major area where this functionality was used was in the field of music. Rock 'n' roll was an important part of youth culture in the 1960s and 1970s. Many of the bands are widely recognized for their musical work, while their unique logos and brand names are also attractive to fans.

Celebrities Who Have Had An Impact On The Slogan Tee

John Lennon and Yoko Ono were two celebrities who had a key influence on the slogan clothing. In fact, they were the first celebrities to combine pop culture with politics and dared to wear slogan tees in protest and anti-war statements. John Lennon and Yoko Ono together created several revolutionary and even somewhat radical slogans: "Make love not war", "War is over" and "Power to the people", which resonated throughout the era and were widely emblazoned on T-shirts.

Who Made The Slogan T-Shirts Famous

The slogan T-shirts soon moved from the street to the runway as a means of making a statement. In the 1970s, many designers introduced slogan T-shirts, most notably Vivienne Westwood and Katharine Hamnett. What is remarkable is that Katharine wore a T-shirt with the words "58% Don't Want Pershing" when she met with former British Prime Minister Margaret Thatcher in 1984 to express her opposition to the deployment of long-range missiles in the UK. 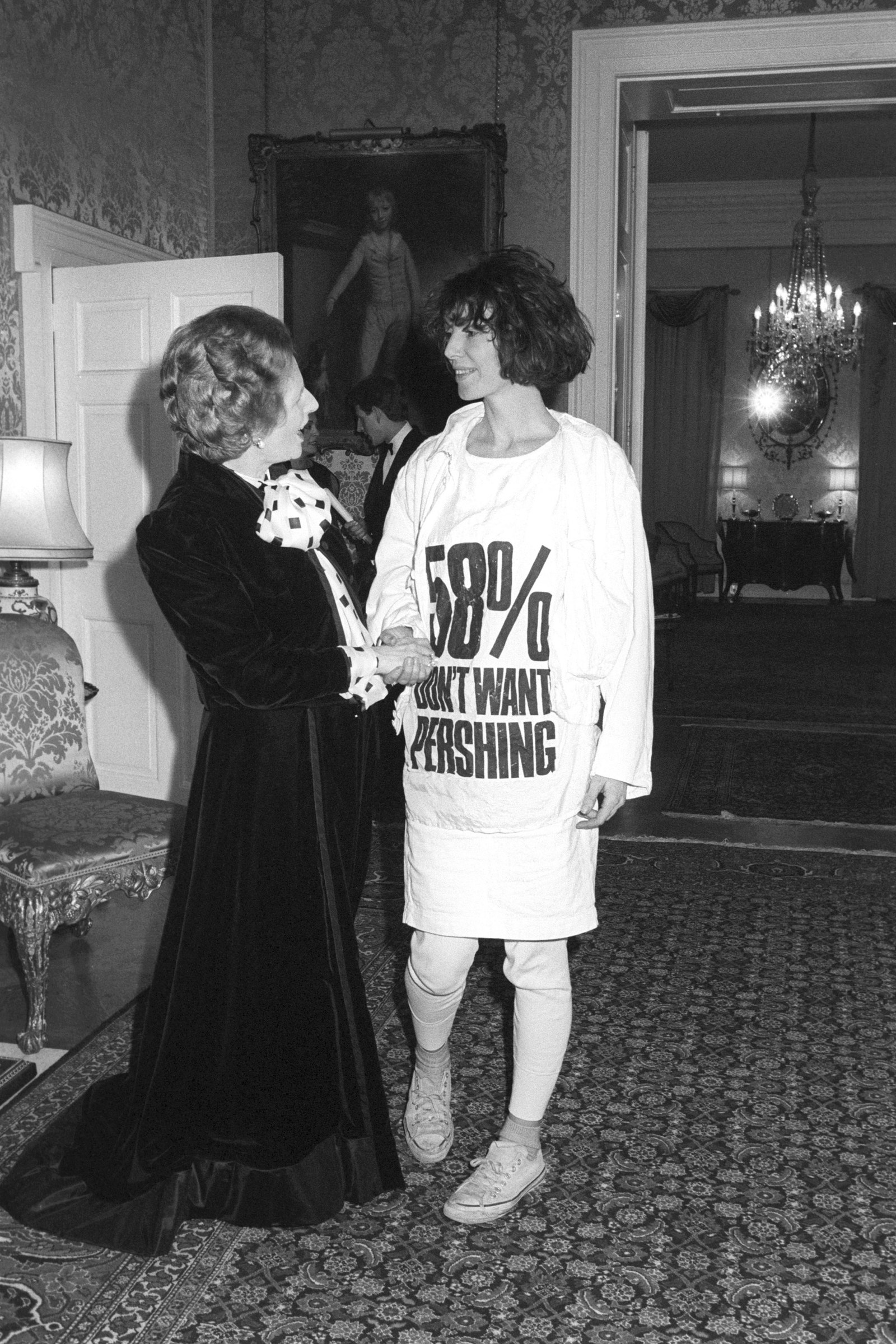 Slogan tees can be entertaining and amusing, and sometimes they can imply sarcasm about people and things, but they are much more than that. The special thing about slogan tees is that they are always changing with the times; they may seem simple and fixed, but there are always infinite next steps.

Shop Here: If You Don't Like Me, It's Because I Don't Want You To T-shirt

Are you ready to make a statement with slogan apparel? Livereid's T-shirt with slogans collection are ideal for you if you want to stand out for yourself.